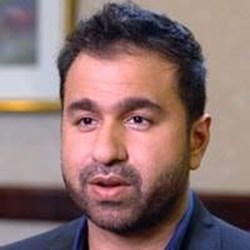 General Surgery Residency at The University of Toronto

As an undergraduate, Adnan became curious about something everyone experiences: growing older. He wanted to know: “What happens as we age? What are the keys to doing it successfully?” That led to an undergraduate degree in gerontology. He considered a PhD track, but decided he could make more of an impact as an MD. That led him to Medical University of the Americas, initially thinking his background in gerontology would lead to a career in family medicine, but again his curiosity got the better of him—as did a healthy dose of ambition and a knack for doing things with his hands. During his elective clinical rotations at MUA, Adnan Qureshi discovered his true calling: surgery.

Surgery is one of the most competitive residencies, doubly so for a graduate of an international medical school—even a top tier school such as MUA. But in addition to being naturally curious, Adnan is also undaunted. “They have [surgery] spots available. Those spots are available to everybody. It’s about deciding you want to do it and demonstrating you’re the right person.”

Today Adnan is completing his residency in General Surgery at one of Canada’s leading medical centers, the University of Toronto. He’s also teaching surgery to junior residents and medical students, while providing a perfect example of where curiosity, ambition and an MD from MUA will take you.

Internal Medicine Residency at UPMC - Mercy Hospital
"I chose MUA for its smaller class sizes and the ability to work 1 on 1 with my professors. After attending a large university for my undergraduate degree, I knew I learnt best in smaller group settings."
Learn more