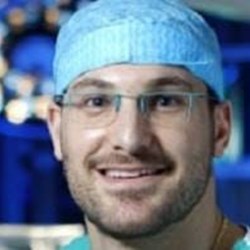 A first-responder, a registered nurse and now this 2016 graduate of Medical University of the Americas is doing his residency in General Surgery at The Johns Hopkins Hospital.

Ryan Fransman worked as a first-responder paramedic in his native South Africa, a maxillofacial-surgery registered nurse in Australia and is a long-time student and teacher of karate. Becoming a physician has always been his dream.

“I always wanted to be a doctor and had a lot of experience in the medical world, but I needed organic chemistry to get into medical school.”

Ryan enrolled in MUA’s two-semester Pre-Med program in 2011 and then made the transition to the full MD program at MUA in January 2012.

“I loved my classmates and the professors were terrific. They really knew your name and cared about the students. I don’t think this is the case at a lot of medical schools.”

A native of Johannesburg, Ryan missed the vibrant urban atmosphere that he knew from growing up there and then living and working in Sydney, but ultimately he found the slower pace on Nevis to be an advantage.

“At first I missed the coffee houses and other distractions on the island, but actually that was the best part of it as I really studied hard. I loved the neurosciences, pharmacology and emergency medicine. I really felt that it was taught from a doctor’s perspective not a Ph.D.’s, which was really appreciated.”

Ryan was a standout student at MUA, winning the Dean’s award, and has also had several articles published. He credits his work at MUA and being published as critical to earning the highly coveted residency at Johns Hopkins—he was one of over a thousand applicants.

Internal Medicine Residency at the Wright Center for Graduate Medical Education
“The professors at MUA really care about you, and the faculty wants you to succeed. They were always there to help me anytime I stopped by their office”, shares MUA graduate Usman Manzoor.
Learn more

Family Medicine Residency Southern Illinois University
Samantha Agar practiced as a registered nurse both in labor and delivery and the neonatal intensive care unit at a hospital in Mississauga, Ontario after earning her Bachelor of Science in Nursing. As an undergraduate student at McMaster University School of Nursing, she was a standout student and received an award for Outstanding Academic Achievement. Going to medical school was never far from her mind though. “I worked with a resident at my hospital who had told me about how she attended medical school in the Caribbean.
Learn more