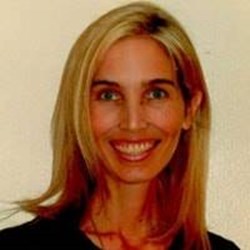 From Nurse to MD via MUA’s Pre-med Program

The pre-med program at Medical University of the Americas has been critical to the success of a wide range of students, especially those who choose medicine relatively late in their academic experience. Students like Sasha Klemawesch.

A native of Florida, Sasha headed north for her undergraduate years, attending New York’s prestigious New York University and getting a degree in nursing. But as she neared graduation, she realized her true calling was to be a doctor.

Switching gears at this point can mean an extended (and expensive) period of makeup classes. Instead, Sasha chose a more direct route: MUA’s pre-med program. Each year, 25-30 students (the program is typically over-subscribed) head down to Nevis to take part in the two-semester curriculum. For six months—working with the same faculty and in the same facilities as the MD program—students receive an in-depth introduction to general chemistry, anatomy, physiology, advanced organic chemistry and cell biology. They then take the MCAT exam and head right into MUA’s MD program.

Sasha credits the small, highly-focused atmosphere at MUA as being critical to her success. “The teachers knew me well and I could talk with them anytime,” she says. “I would have been lost at one of those big medical schools where your teachers don’t know your name, and don’t help you in so many ways like they do at MUA.” Also, after four years up north in New York, Sasha was happy to head back south. “The climate on Nevis was similar to what I was familiar with having grown up in Florida.”

Ultimately, though, it was after she left the island and began her clinical rotations that the merits of the MUA program really kicked in. “My clinical experience at [the MUA affiliated] Leonard J. Chabert Hospital in Houma, LA was truly the most amazing part about my four years of medical school.” After graduating from MUA in 2011, Sasha completed her internal medicine residency at SUNY Downstate in 2014 and a second residency in emergency medicine at the University of South Florida/Tampa General Hospital. She plans to become double board-certified in both specialties and will be starting a Critical Care Fellowship at Washington University, St Louis in 2017.

Anesthesiology Resident at Louisiana State
It's always great when your career and your passion align. MUA Graduate Nasir Alhamdan did his undergraduate studies at Ryerson University in Canada. He completed his medical school pre-requisites in three years, making the Dean’s List and earning his undergraduate degree in Bachelor of Science.
Learn more

Residency: General Surgery, Johns Hopkins
A first-responder, a registered nurse and now this 2016 graduate of Medical University of the Americas is doing his residency in General Surgery at The Johns Hopkins Hospital. Ryan Fransman worked as a first-responder paramedic in his native South Africa, a maxillofacial-surgery registered nurse in Australia and is a long-time student and teacher of karate. Becoming a physician has always been his dream.
Learn more