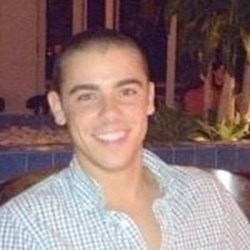 He was a standout in MUA’s class of 2016. And now he’s a resident in one of the top surgery programs in the world—Mt. Sinai in New York City.

With more than 200 full-time faculty members and nearly 150 operating rooms, the Department of Surgery at the Icahn School of Medicine at Mt. Sinai in New York City is one of the largest and best-known in the country.
It can claim numerous firsts in surgical procedures and in areas such as the surgical treatment of liver cancer it is one of the world leaders.

Across the ten divisions of the surgery program there are 70 residents, including Michael Swikehardt, a 2016 MUA graduate, recipient of the Dean of Clinical Medicine Award and now a first-year resident in preliminary surgery.
A 2010 graduate of Western Carolina University with a degree in Biology, Michael was living and working in the healthcare field in Memphis, Tennessee when he met an MUA grad.

“I was really impressed by this doctor, I began to investigate whether MUA was right for me and ended up applying and then heading to Nevis in 2012.”
Asked about his experience at MUA Michael speaks with great fondness and appreciation about the school, and the faculty. “If you hit the ground running you will be successful at MUA. Everyone there is very willing to help you. I had a wonderful time. I had great teachers who really knew what they were talking about. I can truly say that my clinicals were a blast. I was the first in my class to take the Step 1 exam, scored a 242 and I was on my way.”

Michael’s interest in orthopedics led naturally to surgery which has now taken him to Mt. Sinai where residents are exposed to everything: general surgery, colon and rectal surgery, pediatric surgery, plastic surgery, surgical intensive care medicine, surgical oncology—the list goes on. “It’s fun but an insane amount of work,” says Michael. “But boy am I learning a lot.”

Currently he is looking at a future in minimally invasive vascular surgery. He’s in the right place:  for a young surgeon at Mt. Sinai, the sky’s the limit.

Pulmonary Diseases and Critical Care at VCU Health System
Raised in Canada, Obed decided after high school to come to the United States for college, and enrolled as a scholar/athlete at Northern Arizona University, running track and winning awards at the triple jump.
Learn more

Family Medicine at Louisiana State University
In the Emergency Room at Chabert Medical Center Joseph Garcia stood out among his peers. Says Matthew James, emergency room physician's assistant , who worked alongside him, “ Joseph was a phenomenal student to work along side with here at Chabert. His love for medicine and patient care was what I noticed most. His persistence and resilience are two of his strongest characteristics.” Matthew felt so strongly about Joseph and his clinical work that he personally reached out to MUA to tell the school what he had seen.
Learn more